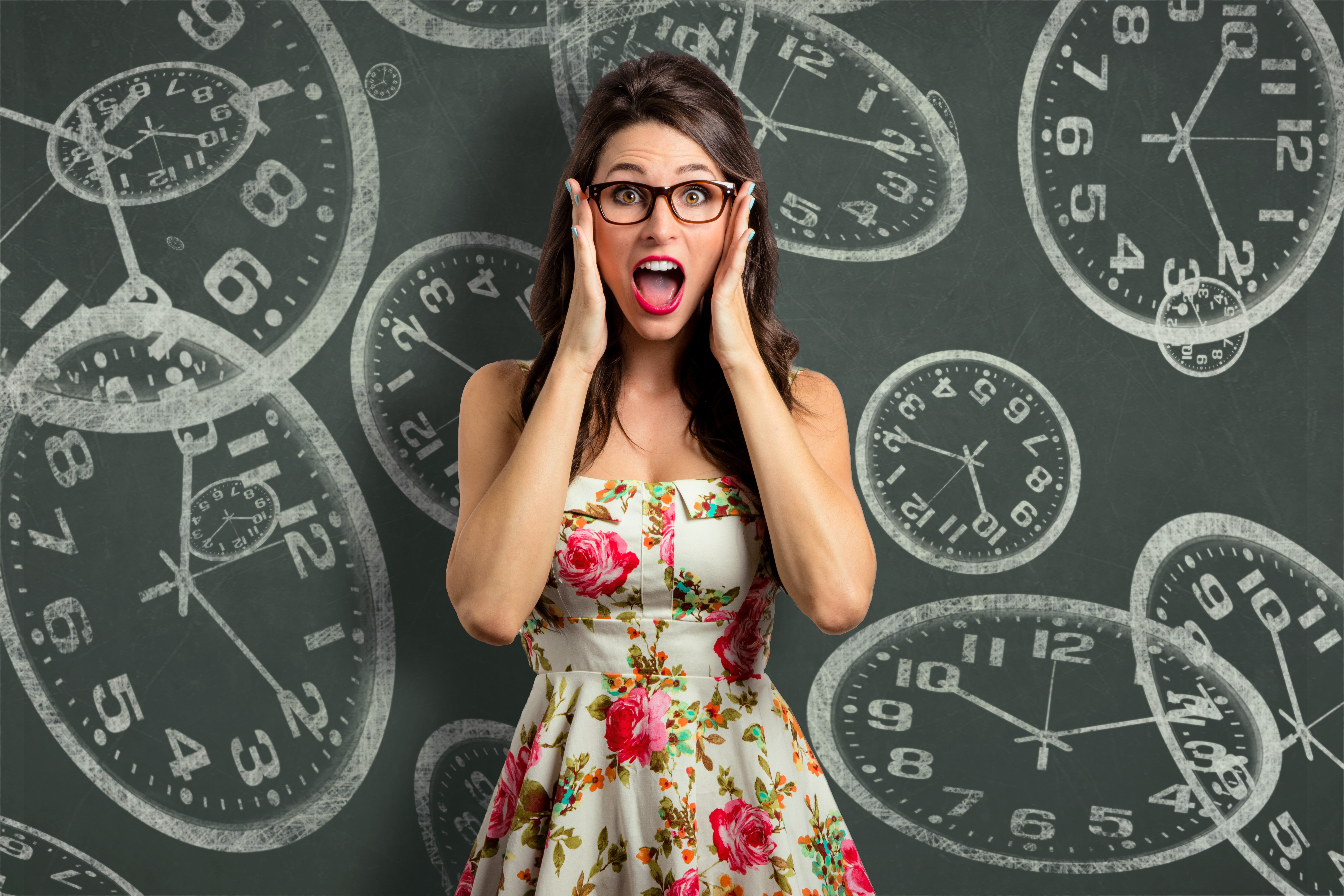 Your work may not be crucial to saving civilization but Musk’s tips can help you become more productive.

As you might expect from someone who reportedly skips showers and sleeps on the Tesla factory floor, Elon Musk remains one of the world’s busiest and most productive people. Besides high-visibility projects such as Neuralink and Hyperloop, Musk is CEO of both Tesla and SpaceX. Mere mortals would find managing any one of these companies challenging enough, but Musk leads all four and has amassed a $19.5 billion fortune by working 100+ hour weeks for over 15 years.

Musk has taken hyper-productivity to the extreme because he believes that his work is essential to the future of organized human existence. His deep focus on the future of planet Earth drives him forward to engage in a wide variety of challenges from creating superhumans to colonizing other planets.

Consequently, the way that Musk practices efficiency can greatly influence how we regular folk schedule our time. Musk’s sacrifices may not be worthwhile for most people, but we can still learn a huge amount from the way Musk conducts himself and optimizes his output.

Here are 12 productivity tips from Elon Musk that should help you schedule your time more efficiently.

1. Don’t worry what others’ think
Most of us never seem to find time for that work assignment or getting in shape but have you ever considered how much time you spend trying to fit in with other people? It’s a lot. Trust me. From working out to doing your hair, to updating your Facebook profile and clothes shopping, we’re talking about a fairly big chunk of your life here. Do you know who hasn’t thought about any of these things? Elon Musk.

Instead of navigating societal norms, Musk skips showers without a care in the world just to have more time to put into his work. If he has to wolf-down his lunch in five minutes during a meeting, he does. If he has to call a British cave diver a ‘Child Rapist’ in an email, he does. If he wants to smoke a joint on a live web show, he does. Musk simply doesn’t care that much about what others’ think.

Now, this behavior may be a step too far for most of us. After all, we don’t have billions of dollars to defend against defamation lawsuits or a subpoena from the SEC. But you can learn something from this. You should stop worrying about what others think and focus on your work. Do you really need to check your Twitter feed so often? Do you have to check how many likes your IGTV video received? What else could you be doing with your time?

2. Empower those around you
Musk could never run two Fortune 500 companies without spurring his employees to extremely high levels of output. He empowers his employees and demands that they perform. While this approach can sometimes result in employees being fired for making mistakes, this strategy takes work off Musk’s plate and is an important part of how he stays so productive.

Try to empower those around you such as colleagues, clients, and coworkers and see the impact that this strategy has on your schedule.

3. Selectively follow a five-minute scheduling blocking system
According to Entrepreneur contributor Hayden Field, Musk’s five-minute blocking system is one of the most well-known hallmarks of his productivity. But does it actually work? According to Field, who tried this system for a day, it works great for smaller tasks that usually take longer than they should such as checking emails, but it isn’t such a great strategy for longer tasks, such as phone calls or having lunch.

What we can learn from this is that you can selectively apply this scheduling system to tasks that always seem to take more time than you’d like them to. Block off an hour or two of your working day and break it down into 5-minute chunks. Use these sections to remind yourself of how long each task takes.

4. Keep emails concise and to the point
A key reason why Musk stays so productive is that he keeps emails brief and avoids long messages. Musk, like many of us, spends a considerable amount of time reading and responding to emails. However, he cuts this time down as much as possible. In part, he accomplishes this with his five-minute scheduling system explained above. For most people, emails take up far more time than they should, so don’t fret over perfect phrasing or the occasional typo and keep things as simple as possible.

5. Prioritize learning
Musk reportedly read two books per day during a period of his childhood and is able to abstract compelling information from employees with ease. This obsession with learning has enabled him to give high-quality thoughts and responses on a wide variety of topics in far less time than most people. He can quickly understand and react to new ideas and concepts and this helps with his daily schedules. Musk’s passion for learning is one of the secrets behind his productivity.

Why not invest in your own education and see where it takes you? Try searching for relevant online courses or other ways to deepen your knowledge and understanding. You may be surprised by the results.

6. Set a good example and keep yourself visible
Musk chose to put his desk at Tesla on the factory floor among all the other engineer’s desks for a very good reason. He picked the most visible place on purpose so that when he turns up for work every Saturday and Sunday he knows that people can see him and can find him whenever they want.

Here’s how this relates to your personal productivity; deliberately choosing to set a good example for those around you will motivate you to continuously improve. Try it and see.

7. Face up to your shortcomings and focus on improvements
Many people don’t invest in their personal growth as much as they should and prefer to rest on their laurels. Musk is quoted as saying, “You should take the approach that you’re wrong. Your goal is to be less wrong.” He has fully embraced his failures and shortcomings and is committed to improving himself.

Elon Musk may have recently sounded very unhappy and pessimistic but he’s simply being realistic and developing ways to think more effectively. In his view, you can’t learn from mistakes if you never accept that you’ve made any. You’ll only achieve higher levels of output if you practice what you preach and strive to constantly improve.

8. Set overly optimistic goals
Former employees of the late Steve Jobs have claimed that he would set projects or tasks that had humanly impossible deadlines, something that became known as the reality distortion field. Jobs was distorting the reality of his staff, they said.

Elon Musk does something similar; he sets optimistic goals that border on the impossible. A recent example of this would be his goal for Tesla to produce 5,000 Model 3 cars per month by the end of 2017. According to Reuters, Tesla came within hours of meeting this goal at the end of June 2018. Of course, setting and failing to meet the original goal goes some way to explaining why Tesla is currently the biggest short in the US stock market. But it also shows how Musk managed to boost productivity by creating a constant sense of intense urgency. In other words, would Tesla have reached this goal by the end of June 2018 if Musk hadn’t set the goal in the first place?

What you can take from this lesson in your personal and business life is that setting overly optimistic goals can generate superior results if you put in the work and effort.

9. Curtail overly long meetings and conversations
We’ve discussed how Musk has his daily schedule broken down into five-minute chunks of time but he also makes it challenging for anyone to waste his time. When he’s looking to schedule a productive meeting, Musk ensures that the meetings stay short and to the point. In a memo to Tesla employees, he advised them to “get rid of frequent meetings, unless you are dealing with an extremely urgent matter”.

Musk stays proactive and eliminates overly long meetings or conversations wherever possible. If you’re an employee and don’t have much control over the amount of time you spend in meetings, you can apply this lesson to your daily conversations. Keep phone calls and in-person chats brief, concise and on-topic. If someone keeps you waiting or the talk seems aimless, take action and make your opinion known. Musk actually instructed his Tesla staff to “Walk out of a meeting or drop off a call as soon as it is obvious you aren’t adding value.”

10. Multitask where appropriate
Musk may be famous for his seeming ability to ‘hyper-focus’ when required, but he also knows when to multitask in other situations. He frequently chows down food during board meetings and often responds to emails while having conversations.

You can take this lesson onboard by using snippets of time to get things done. For example, if you’re editing a video for work, could you respond to emails while the video is being exported? If the video takes time to render, could you take a few moments to catch up on certain tasks such as responding to clients?

11. Maintain hyperfocus when required
Jalopnik managed to acquire an internal memo written by Musk to all Tesla employees that included a list of his own productivity tips. Musk announced that he was switching to a 24/7 production schedule to meet production quotas of the Tesla Model 3 and made his expectations clear. He ended the memo by writing: “We are burning the midnight oil to burn the midnight oil.” In other words, Musk was making it known that he maintains a state of hyper-focus when meeting a goal and expects all employees to do the same.

12. Constantly examine your daily experiences
Elon Musk is constantly questioning how he can improve and how he can operate more efficiently. By evaluating his life and habits, he’s continually becoming faster, leaner and better. For example, despite his own company Tesla, having rules about chain-of-command communications, Musk wrote that “Communication should travel via the shortest path necessary to get the job done, not through the “chain of command”.” Musk remains open to doing things differently and learning from mistakes.

After smoking marijuana on US comedian Joe Rogan’s live web show recently, Musk reflected that he doesn’t “find that it is very good for productivity”. Elon Musk continually strives to improve his behavior and habits and so should you. You can apply this lesson to your personal or business life by thinking about how you work and considering whether you could do things smarter.

Conclusion
Following one, or any combination of Elon Musk’s productivity tips is guaranteed to improve how you schedule your time. Each of us works with a different set of constraints so the secret is finding areas of your life to which you can apply these tips.